Bonang Matheba And All South African Celebrities Who Are Illuminati Members 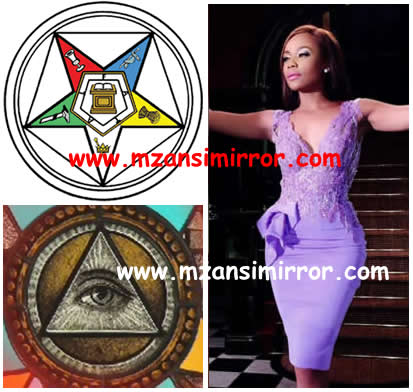 According to some online magazine, many South African celebrities are being controlled by powers beyond their wishes.

We see to show that the powers that control the Industry in other countries do the same here in our country is South Africa. You will See things that your eyes will need to research to believe.

Course the deception to drive people into hell is the same, get them into lust and perverted ways, then they will self destruct. Our Intention is to bring people to Christ to. Weather Celebrity or ordinary person. All need a savoir.

MORE: Bonang Matheba reveals why she cut Somizi out her life

Many don’t believe that symbolism that is seen overseas can be found on our land in Africa. It is from this article that I would like to show you that symbolism does not change, And its meaning stays the same throw the generations. So when we look at the pyramid and the eye symbol in america, we know its in relation to the pyramid on the back of the 1 dollar bill, We know the Illuminati had a hand in the design of the dollar bill. America has no pyramid but the seal of the american dollar bill has the pyramid. 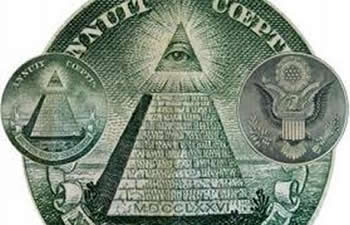 But we seem to change when we see the pyramid locally in South Africa. We then think its just a symbol that has no meaning to it. Like when we see.

This is a conference centre on Ellof street town in Johannesburg Called The pyramid.

Now it has the eye in-front of it, since its an honour building to the Egyptians, now the eye there is the eye of Horus. One of the greats of Egypt. Those were Idols back then and today we have accepted Idols as a daily thing to be looked at. People audition and want to became an Idol they want to be worshiped. 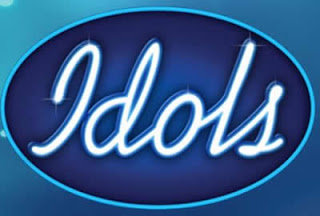 The eye of horus , Its seen like this in Egypt. This is what God did not like about Egypt.. 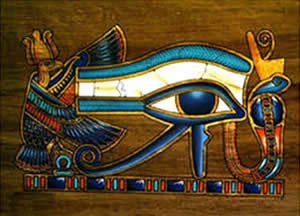 It is the same symbol only in a different location (South Africa). this symbol is seen done by devil worshippers and Freemasons and Illuminati forks all over the world. Here we can see some of them giving honour to the eye of horus doing it. They might not be devil worshippers but they are worshipping the beast that seeks to take worship from God. 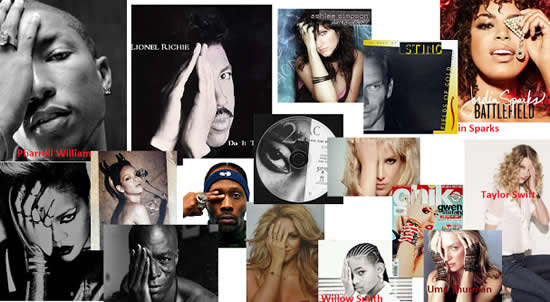 They are all doing it course they sell out to get into the Music business.

READ: Pearl Thusi Opens Up On Why She Hates Bonang

So the Question is does it Change its meaning at any-time at all?

Here we See Bonang Matheba Doing the devil Horns, does it now lose its original meaning course its Bonang? 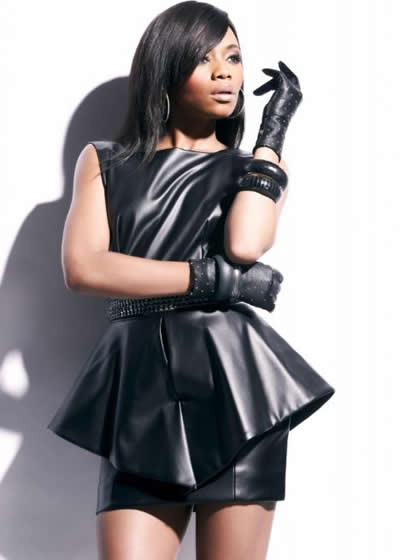 Again We see Bonang doing the One eye like the american idols were. does it change meaning? 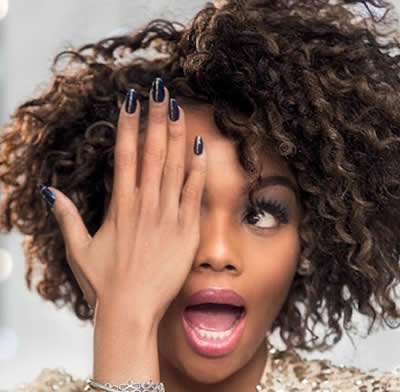 Here she is seen wearing a pyramid around hear neck and a half moon symbol that stands for BAAL worship, also seen in Judges 8.21, the bible says; “The Zebah and Zalmunna responded, Get up and attack us yourself, Since a man’s valor is only as good as the man himself. So Gideon got up and killed Zebah and Zalmunna, and took away the crescent-shaped necklaces that adorned their camel’s necks. “So in that we can see that Gideon removed this symbols of worship from their camels necks and we can see Bonang wearing that crescent moon symbol, which is a symbol of Baal Worship &” 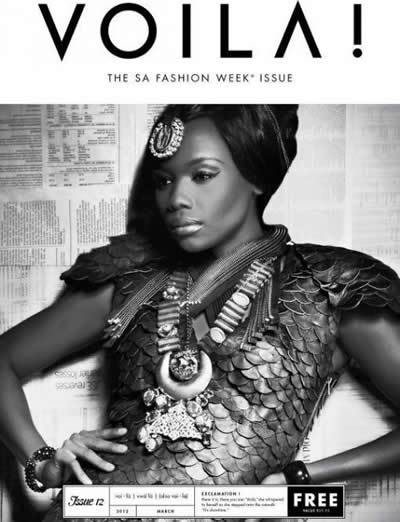 And you can see this in Judges 8.33-35, the end of the chapter, were it says when Gideon died they went back to that Baal worship. to show that this symbol is again not a symbol we should take after. 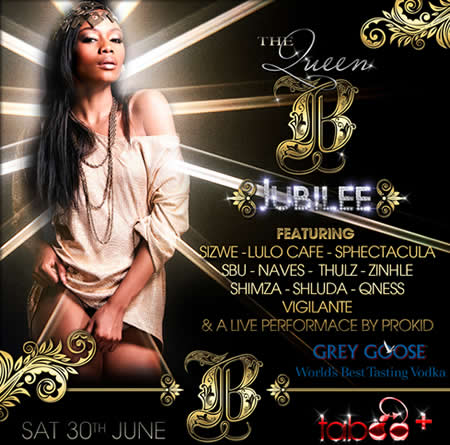 Here she is almost stripping herself naked, Leviticus 19.29 says&#8221;Do not profane your daughter by making her a harlot, so that the land will not fall to harlotry and the land become full of lewdness: This is why today’s youth is just a mess. because they look up to people like this who are a complete mess.

This Celebrities are a mess themselves and ones in a while you will hear them say god this, god that but do not be fooled, they don’t believe the God of the bible, The God of the bible does not advice this mess they do and bring forward. He says, What shall it profit a man to gain the world (in fame) but lose his own soul Mark 8.36. They lose their souls in selling out to became who they are on the camera. They appear naked on camera. Fulfilling the wish of Alex Crowley that says “Men should Do what thou wilt” meaning do your own thing, And for those of you that wonder who Crowley is an old mason and Satanist that never kept it secret who he was worshiping. This celebrities are not people you wana keep before your eyes. Here you can see Somiz with that one eye outfit. 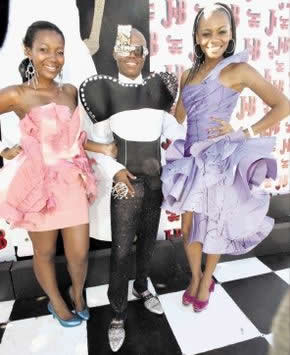 The same one eye of Lucifer on Somizi.

And now she just does it openly with musician AKA 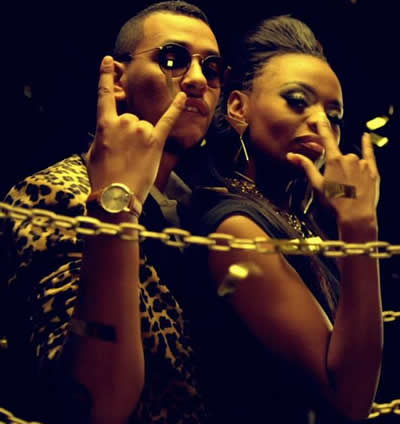 Does it change meaning course its in South Africa? No it does not, Just like the Judges 8 symbol.

Its still the devil Horns 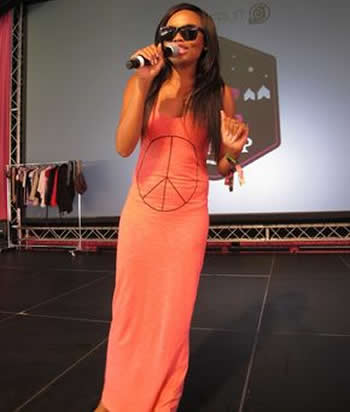 Here she is with the so-called symbol of Peace, go do research you will find its true meaning. 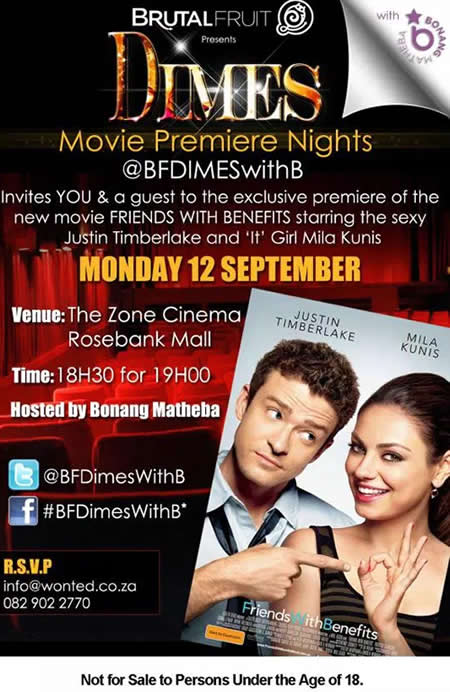 She goes to host a show, and in its ad there is Justin Timber-lake pointing at the 666 symbol.Listern to what one of the most honoured a 33 degree Freemason said in one of his books and I quote:

“There are, it is true, dangers inseparable from symbolism,.. Though perhaps a necessary path, they were a dangerous one by which to approach the Deity;

“page 516-517 – Morals And dogma – Albert Pike. 33 Degree Freemason” meaning by symbolism associates you with a deity as he continues he warns “All great Reformers have warred against this evil, deeply feeling the intellectual mischief arising out of a degraded idea of the Supreme Being: and have claimed for their own God an existence or personality distinct from the objects of ancient superstition; disowning in His name the symbols and images that had profaned His Temple.., and to re-place a gross symbolism by a purer one. Every man, without being aware of it, worships a conception of his own mind (they want to do it their own way); for all symbolism, as well as all language, shares the subjective character of the ideas it represents.

That means the meaning is always the same “page 517 – Morals And dogma – Albert Pike. 33 Degree Freemason”

NOTE: The content of this article was not compiled by staff members of www.MzansiMirror.com, rather it was compiled by multiple observers and fans in the South African Entertainment industry.