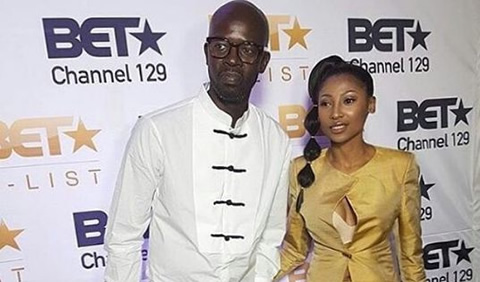 On many occasions we tend to mess up on the right order of finding the right partner. Should you choose someone you need and love most or someone who needs you and loves you most?

That’s where the dilemma comes in, most of us find ourselves in wrong relationships because we prefer people we love most to people who love us most.

Actress, Designer Enhle Mbali Mlotshwa and SA’s most reputed DJ and Producer Black Coffee have been in relationship for the past six years and everything in their relationship can only be defined by the word “LOVE”.

Of course that’s what happens if you choose someone who loves you, the end result is always “perfect relationship.”

Speaking to Love Magazine in their October issue, Mbali said that they met on the set of Tshisa, where she had “a nice conversation” with the guest and then ignored his invitation for a drink afterward.

About their date, Mbali could only wrap it in one word “romantic”.

After brushing off an invite to attend his birthday party, she later decided to attend one of his gigs after he showed some persistence, but she kept her distance to make sure no one thought they were together.

She said after the show they went shopping, then spent hours just talking at his place. “I left at about 4 am,” she giggled in remembrance. After that they were inseparable, “like twins” and Black Coffee proposed during a holiday in Greece three months later.

“We were in Santorini, and I kept suspecting something was up,” she recalled. “He was acting so weird. He kept rushing for this sunset and I couldn’t understand why.

Then he got down on one knee and I was like, ‘Oh my God, he feels the same way. Thank God!’ I was so in love. It was such a beautiful feeling.”

“We married a year later. We got pregnant on the island of Santorini. So when we got back home, we kind of had to wait to marry,” she said.

Today, several years later, they are doing well and their love is stronger than ever.