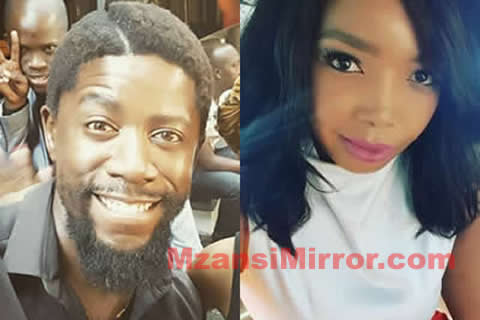 The TV presenter believes that she and her ex were not ready for marriage.

A lot has been said about Thembisa Mdoda and Atandwa Kani’s relationship. The former couple’s business was splashed all over the media after their nasty breakup. Things got even worse when Atandwa claimed that the children he had been raising with Thembisa are not his.

The Our Perfect Wedding host has been quite on all these claims and fans have waited for her to share her side of the story.

That’s exactly what she did on VUZU’s The Cover on Monday evening. In an interview with Siyabonga “Scoop” Ngwekazi, the mother of two revealed that they met at Wits University, and were on/off for 12 years.

She then explained that she was with someone that she loved.

“Do you know what it is about my ex-husband? And I’m gonna say it now so that there’s no mix-up… I was with someone I loved, it ended.”

Thembisa made it clear that she refuses to talk about him.

“The one thing that I refuse to do is give a man who did that to the children air time… because it doesn’t matter what you’re going through as a human being, you need to strengthen yourself and be considerate of the children and see this in their benefit’… I’ve got nothing to say about him. He’s happy, I’m happy.”

She said the reason she has no words for the actor is because of the way he handled things.

She also explained that she doesn’t think they were ready to be married. “I don’t think he and I were at a point in our lives as two individuals, to be in a marriage. We were young… and there were so many things that come into marriage and this industry, that I don’t think we were ready to handle,” Thembisa said.

She added that she realised within that marriage that that was not the life for her.

Thembisa is now in a happy relationship. Speaking about her man, she said: “I truly believe that God gave me this man…”