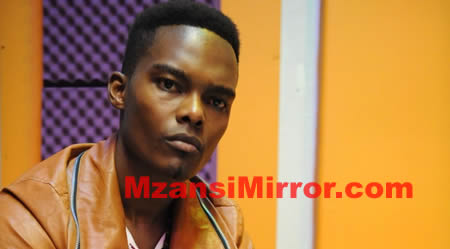 A black Jeep involved in the attempted hijacking and murder of Rhythm City actor Dumi Masilela has been found abandoned in Ivory Park, east of Johannesburg, Gauteng police said today.

Police spokesperson Captain Kay Makhubele told News24 that the car had been found on Thursday afternoon.

There were no contents in the car linking it to Masilela; however, the vehicle matched descriptions given to police by Masilela’s friend who was with the actor at the time of the hijacking.

READ: Double tragedy as Dumi Masilela’s Aunt dies after hearing the news of his death

“The owner of the Jeep was robbed after he was hijacked by the five armed suspects. They kidnapped him and demanded his bank cards and money and abandoned him somewhere in Benoni,” Makhubele said.

No arrests have yet been made. On Thursday, Makhubele told News24 that Masilela and a friend had parked on the side of the road in a Golf 7 when a black Jeep approached them.

According to Makhubele, the 29-year-old and his passenger realised that their lives might be in danger and fled the scene.

The black Jeep gave chase and opened fire on the Golf 7. “We are investigating a case of murder and attempted hijacking.

Two men (including Masilela) were sitting in a white Golf 7 last night when they were approached by a black Jeep who tried to hijack them.

The two occupants in the Golf tried to drive off and one of them was shot,” said Makhubele. Masilela was shot in the upper body.

He was rushed to hospital where he later died as a result of his injuries.

Masilela, who played the role of the street kid Sifiso Ngema on the e.tv soapie, married actress Simphiwe Ngema in an intimate traditional wedding earlier in 2017. 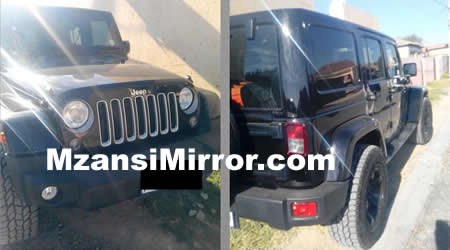 This is the jeep that was driven by Dumi Masilela’s killers.

He was also a professional soccer player, who had played for Supersport United and Highlands Park, but had to end his career after a car accident.