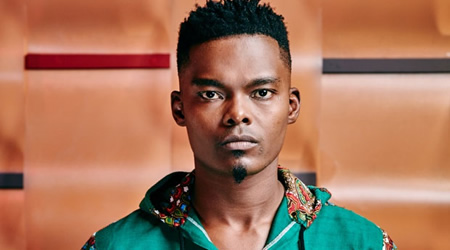 Bongani Khumalo was with popular actor Dumi Masilela – who is known as Sifiso on Rhythm City – on Wednesday night when thugs tried to hijack them and fired a shot.

After Dumi was hit, he drove off in a desperate attempt to save his life.

“After one shot was fired, Dumi drove the car away but it was clear.

“Dumi kept on telling me he would be fine and I drove to Tembisa Hospital. At about 1am, the Masilela family received the sad news that he had died.”

Bongani said he had been left traumatised by the experience of seeing his friend shot.

Ashley Makeketlema (35), a tenant at Bongani’s house in Tembisa, Ekurhuleni, saw the shooting from his yard at about 8.30pm on Wednesday night.

He told the SunTeam: “Dumi and Bongani were sitting in his car outside Bongani’s house when a black Jeep approached them. At one point, I thought the guys in the Jeep knew them.”

Ashley said before he realised what was going on, he heard a loud gunshot and he saw Dumi speeding off.

“I then saw the man from the Jeep get back into the car, where his friend was waiting, and they drove off.”

Ashley said by that time, Dumi and Bongani had also left the scene. Everyone at Bongani’s house was left shocked and traumatised.

“We didn’t know where Dumi and Bongani were and the family was waiting for a phone call from them to say they were safe,” said Ashley.

Later Bongani came home to tell the family what was going on.

“While he was there, he received a call saying Dumi had died in hospital.”

Apparently, the shock of Dumi’s death led to a second tragedy. His aunt died when she heard the terrible news.

Gauteng police spokesman Captain Kay Makhubele said cases of attempted hijacking and murder were opened. He said according to information the police received, the victim was sitting in his car with a friend when a black Jeep with three men inside arrived.

“One of the men walked up to the vehicle and when the driver noticed he was carrying a firearm, he started to drive off. The unknown suspect then shot the driver, who was taken to the hospital by his friend. The suspects are still at large and no arrests have been made.”

Police appealed to anyone with information to call CrimeStop on 08600 10111, or the nearest police station.

He was seriously wounded. I asked him if I could drive to get to the hospital quickly. I then moved over from the passenger side and drove him to hospital.