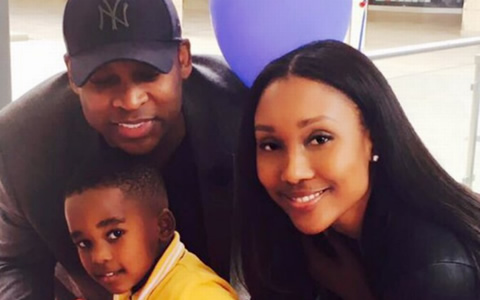 Actress and singer Zoe Mthiyane is picking up the pieces after her much-publicised split from her Lion King producer and composer fiancé Lebo M.

The seasoned entertainer has been cast to join the popular SABC1 soapie Generations: The Legacy and is expected to grace the small screen in two months’ time.

Although sources close to the Mfundi Vundla-created soapie at the SABC’s Auckland Park Henley Studios said Mthiyane was being cast to replace the famous Karabo Moroka, this was denied by publicist Gaaratwe Mokhethi.

“I can confirm Zoe Mthiyane is joining Generations: The Legacy but no, she is not taking over as Karabo Moroka – her character name is Zitha,” said Mokhethi.

“She is coming on to play an independent character, her permanent stay will be determined by Zitha’s growth, how she connects with other roles and fits into the storyline.

“I cannot say much because she will only be appearing in December. Only time will tell if her role holds and much will have happened then,” said Mokhethi.

Karabo, portrayed by the renowned Connie Ferguson, went abroad to recuperate after experiencing a nervous breakdown, according to the storyline.

Ferguson’s character played a pivotal role in the soapie as the matriarchal pillar of the Moroka family legacy.

Mthiyane did not respond to calls and SMSes sent to her for comment.

Mthiyane and Lebo M, real name Lebohang Morake, met and worked together on the internationally acclaimed musical The Lion King in 2007. At the time, Mthiyane was cast as Sarabi and the musical was hosted in South Africa as part of its 10-year anniversary.

Before the news of the celebrated couple going their separate ways broke in May, they got engaged during a private family holiday in Cape Town last December.

The engagement was sealed after Lebo M presented Mthiyane with a huge custom-designed diamond ring.

The split became social media fodder when Lebo M revealed that the couple failed to agree on terms of their prenuptial agreement.

Mthiyane has two children, a son with sports presenter Robert Marawa and a daughter, sired by Lebo M.