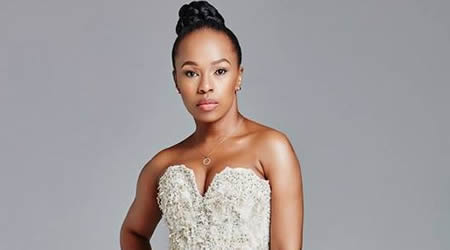 Dlathu, 43, who plays Thandaza Mokoena, is one of the longest serving actresses in the show.

She had been part of the drama from its inception.

The news of her resignation comes shortly after the drama celebrated its 20th birthday.

Muvhango’s first episode was aired in April 1997. Throughout the years, Dlathu has become part of the 3.5million viewers of the show.

“After 20 years, I’ve decided to give the Thandaza character a break in order for me to grow as an artist, venture out to explore new opportunities and discover what I can do as an actress and as a human being.”

Dlathu attributed her success to the drama’s executive producer Duma Ndlovu and said she is what she is today because of his mentorship.

Ndlovu said he cherished every moment that Dlathu had been on the show.

“I wish her nothing but the best as she continues to grow and I have no doubt that she will tackle any role and character that comes her way the same way she has handled Thandaza,” said Ndlovu.

Dlathu will continue to shoot until the end of this month and will be on the screen until March next year.

The show’s associate producer, Morishe Matlejoane, said they will not be bidding her a permanent farewell.

“This means it might not be the last that we see of Thandaza as we know her. This also means that her character will not be recast.”

Ndlovu added: “I have cherished every single moment Sindi Dlathu has been part of the show.

“She remains one of the most talented people I have ever worked with.

“I loved working with her and was looking forward to watching her continued growth.”