Emtee falls on stage while performing in Limpopo 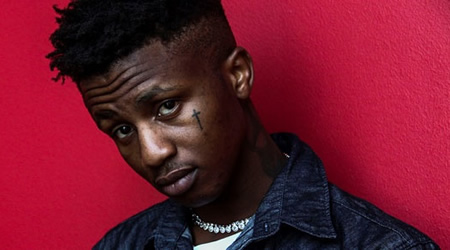 Mzansi rapper Emtee falls on stage during his performance in Limpopo all thanks to being high on drugs.

Ambitiouz Records rapper Emtee is trending for all the wrong reasons after being on a wrap-up party line up alongside the likes of AKA, Nasty C, Major League and more but when it came time for him to perform, the rapper’s fans ended up doing most of the singing for him.

To make matters worse, Emtee seems to be out of it for most of the performance – which ended in him falling backwards while on stage before getting up and acting like nothing happened. Take a look:

Watch the moment Rapper Emtee fell on stage while performing during a music concert in Lephalale, Limpopo, over the weekend. https://t.co/QN9D9FETzM pic.twitter.com/Vprq5wwXKo

Somebody get this man the help he needs.