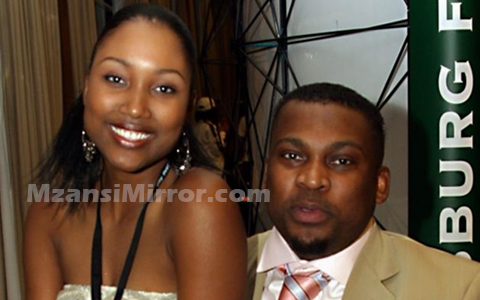 Robert Marawa and Zoe Mthiyane during their happy days.

After recently separating from her fiancée Lebo M and rekindling her relationship with the father of her son, Robert Marawa. Zoe Mthiyane sets the record straight about both men.

It’s been a tumultuous few months for singer and model, Zoe Mthiyane who went from having a public spat with her then-fiancée Lebo M to finally resolving her co-parenting issues with her baby daddy Robert Marawa.

In the July issue of True Love Magazine, Zoe sets the record straight about what transpired between her and Lebo M, sighting that she is very disappointed at how Lebo M handled the prenuptial agreement.

“I’m a very private person. Lebo and I had issues before we called off the engagement. I hoped we’d solve them behind closed doors. Instead, he chose to speak to the media. I’d even moved out of our home with the kids, so we could work things out properly. I’m very disappointed. I don’t know why he decided to release a statement that claimed our engagement crumbled when we couldn’t reach an agreement on the pre-nuptial.” She told the publication.

Zoe also added that Lebo M used the press release to steer away attention from himself & to avoid being asked why his relationships don’t last.

This week, the mother of two surprised many when she shared a picture of herself and Robert Marawa celebrating their 5-year-old son’s birthday. The public’s knowledge about the two was that they were not on speaking terms after both parents had issues with Robert’s child maintenance responsibilities.

Zoe clarified that Robert does pay a monthly maintenance fee for their son, Awande.

She further explains that she and Robert were good friends for seven years before becoming an item and that personal issues were the reason behind their relationship ending. Zoe confirmed that she was the one who ended the relationship.

At least Robert and Zoe have resolved their differences, we hope for the same with her and Lebo M’s relationship too.