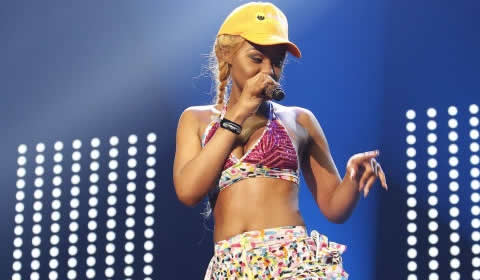 Wololo hitmaker Babes Wodumo charges up to R100,000 for just one a gig.

Speaking to The Juice, West Ink Records confirmed that Babes Wodumo charges up to R100 000 for a performance. “During the festive season however, it does differ with different events meaning that sometimes she charges less or a bit more than that.”

The singer’s performance fee came under scrutiny after Babes delivered a lacklustre performance at the Buyel’Ekhaya Music Festival in East London on 18 December. The event organisers confirmed that they paid the artists a (75%) R75 000 deposit.

You can watch the video below:

According to the Daily Sun, The Wololo hitmaker blamed her underwhelming performance on the “horrible treatment” she received backstage from festival organiser, Nomahlubi Mazwai.

Buyel’Ekhaya Festival management released an official statement on Facebook saying that they reject the allegations made my Babes and her management team.

Twitter was buzzing on Thursday afternoon with many in questioning her R100 000 performance fee.

If Babes Wodumo really charges R100K 4a song,well after performing she better Cuddle me into bed while lullabying me “Tu la 2 Tula Mtwana”

For ???? R100K Babes Wodumo better run me a bath and cook 7 colours before that performance

If I’m gonna pay ???? R100K for Babes Wodumo she going run me a bath and cook pap and mogodu before the performance !

Babes wodumo is not worth that 100k