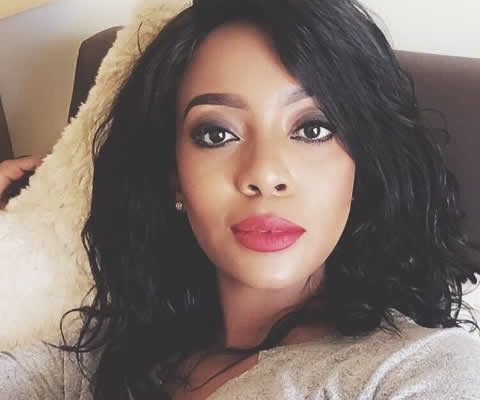 Model and actress Tshego Seakgoe has just scored another gig: she will be joining Mzansi Magic’s hit telenovela The Queen as a regular cast member, playing Rambo’s former flame, Glory

“I am very excited about this role and joining the series,” Tshego told Drum at a recent Red Square launch in East Gate, Joburg. “For the longest time I have admired the productions of the Ferguson’s [show creators Connie and Shona] and now I get to be on the show in a role not to small.”

READ: Babes Wodumo’s Reply To Man ‘Khehla Msomi’ Who Claims To Have Broken Her Virginity

Tshego also plays Felleng in the SABC 2 telenovela Keeping the Score, which is her first acting role. “I haven’t been in the industry for too long but it seems 2016 is my year,” she said. “I’m so excited about how my career is going.”

Tshego became the first black South African Playboy Playmate in May 2011, which catapulted her into the public eye.