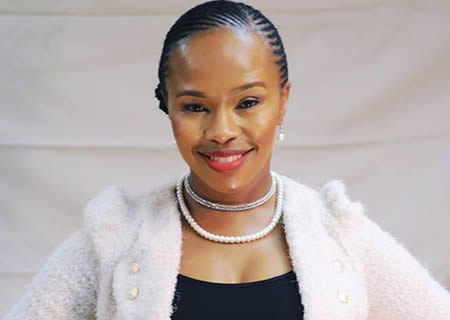 Former Muvhango Actress Sindi Dlathu also known as ‘Thandaza’ had an interview with Daily Sun recently she opened up about her character on the popular soapie.

Sindi revealed that she’s not that much different to Thandaza, the character she played in Muvhango.

Speaking to Daily Sun after her final goodbye to fans at a tea party at Destiny Exclusive Hotel in Kempton Park, Ekurhuleni last week, she said Thandaza’s character was very similar to her own.

She said saying goodbye to Thandaza and Muvhango after 20 years was the hardest decision she has made.

“Long before I decided to leave the production, I fasted and prayed about it. I have deep gratitude for the goodness of God,” she said.

While everyone is anxious about her next move, Sindi said acting is a gift. “I have been entrusted with my gift and intend to fulfil my purpose.

“I pray I have done the right thing. I will certainly miss my production team. They kept on reminding me not to let glamour and fame go to my head.”

They were not the only ones who had a positive influence on her: “My grandmother instilled amazing values and principles in me when I was growing up and I still listen to what she told me,” said Sindi.

When the SunTeam asked her how she manages to keep her life private without getting into the papers for the wrong reasons, she said: “The entertainment industry is tough.

“People try to impress others by living a glamorous life, many without any conscience. I have decided to live a life of respect for my family and my husband and I value African moral beliefs.”

During her farewell, Sindi Dlathu said elders are dear to her. As a token of appreciation, she celebrated the day with 25 gogos and madalas. “You are very close to my heart. Whenever you see me, I hope you will say the same and that you are praying for me,” she said with tears in her eyes.

“Your prayers have kept me going all these years,” said Sindi.