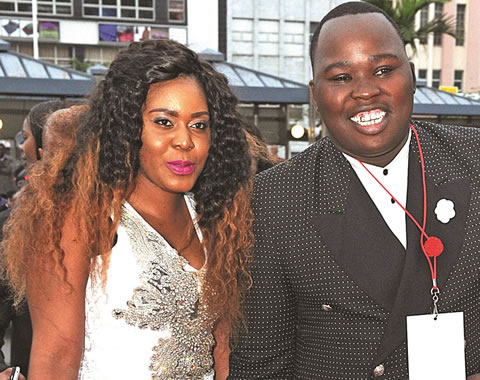 When Thina Zungu is on stage, it looks like his life’s a breeze but rumour has it his relationship with his fiancee, Zama Mtshali, is falling apart.

Sources alleged the two were supposed to have a lavish wedding before July this year.

But things didn’t go as planned.

Both Thina and Zama have deserted all wedding plans as they’re mending their broken hearts, sources claimed.

Sources alleged the gospel star discovered his sweetheart had an intimate relationship with a Durban model.

“Thina loves Zama so much he’d do anything for her. He was proud to be seen with her at events. And he was so excited about their wedding.

“He wanted it to be big and lavish.

“But his heart broke when he found out she was cheating on him,” the source alleged.

Another mole claimed Thina decided not to go on with the wedding plans.

He moved out of their house in Inanda, in KZN.

The mole said the multi award-winning gospel star tried to move on with his life, but he’s stuck on Zama.

“He tried to start a relationship with a businesswoman. But he still loves Zama.

According to sources, their families also tried to intervene.

“Thina has since gone back to his house, but it’s not all good.

“They’re not planning to get married until they sort out their problems,” the source added.

“I don’t want to talk about this any more,” he said.