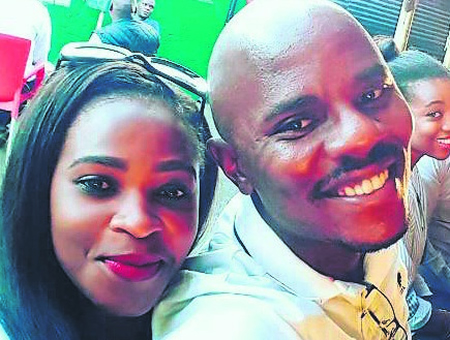 His love is only known as Priscilla. And she apparently lives in Durban, and is a sports fanatic.

“Thomas is dating Priscilla and they’re both in the sports industry, as she also works in the soccer space.

“They’re so cute together and we hope this relationship lasts, as Thomas has had his heart broken and isn’t so lucky when it comes to relationships,” claimed a source.

Another source said Thomas needs to make this work and stop declaring “being single” in interviews.

“He always goes around saying he’s single and I think that’s why some of his relationships don’t really work. Women love to be flaunted. Who wants to date a man who keeps hiding you like you’re a shameful thing in his life?” the source said.

The pair is believed to be a perfect match as Thomas is an extrovert and Priscilla balances the equation as an introvert.

The source added: “Thomas must grow up and commit to Priscilla. He’s past his age of playing and must do right by her.”

Yesterday Thomas said: “Why is this a story? I know Priscilla, but it’s too early to talk about dating or anything relationship-wise.”