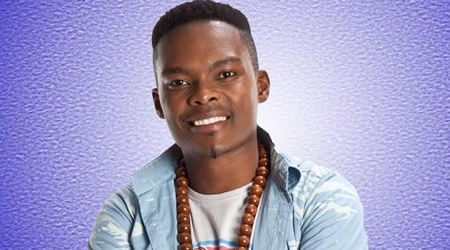 It has been confirmed by Mzansi Mirror that Rhythm City actor Dumi Masilela, 29, died on Wednesday night following a hijacking incident in Tembisa.

The actor played the role of the street kid Sifiso Ngema since his first appearance in the soap in January 2013.

According to police spokesperson Kay Makhubele, Dumi Masilela and his friend were shot at while driving on Wednesday night.

Other than being an actor Dumi was also a professional soccer player who played for Supersport United and Highlands Park, but had to end his career after a car accident.

READ: Bonang Matheba reveals why she cut Somizi out her life

The actor got married to actress Simphiwe Ngema in an intimate traditional wedding earlier this year, according to e.tv.

Mzansi Mirror also spoke to Rhythm City publicist Joe Strydom who said that the details of the incident have not been confirmed yet.

Here is a statement about the actor’s death that e.tv posted on their website:

“It is with great sadness that e.tv confirms the passing of Dumi Masilela. He passed in hijacking on Wednesday 2 August. Dumi played the role of Sifiso on Rhythm City for the past 5 years. e.tv sends their condolences to Dumi’s family, friends and Rhythm City colleagues”.

Minister of Arts and Culture Nathi Mthethwa has expressed his condolences on Twitter.

It is with absolute shock & dismay that we recieved the news of Rhythm City star Dumi Masilela’s sudden & tragic passing. #RIPDumiMasilela pic.twitter.com/2oDUFIBuo4