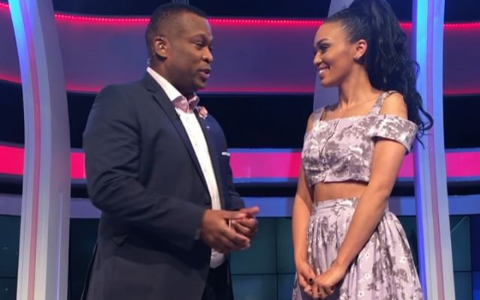 We really can’t keep up with Pearl Thusi and all the rumours around her engagement.

The Sunday Sun reported that the ring Pearl has been sporting on her ring finger is not from her alleged beau, Robert Marawa.

The publication even went as far as to suggest that the actress and TV personality bought herself the ring!

The paper’s sources claimed she did so in an act of “desperation” in order to create hype around her brand or keep other men away.

Pearl’s team has described the reports as “laughable”.

The 28-year-old has been showing off the very flash diamond ring for the past few weeks, but is yet to confirm or deny whether she is engaged.

Even more confusing, Pearl Thusi, who is currently shooting scenes in New York for season two of US TV show Quantico, has posted yet another suspicious image on Snapchat.

She shared a snap of her hand on top of her bae’s, revealing that he was wearing what appears to be a wedding band.

Is she trying to suggest that she is not engaged, but married? Or is she just playing us all for fools!

Our head is spinning from all the confusion. 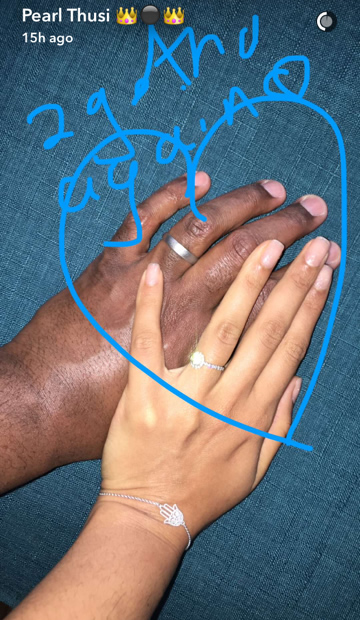