Pearl Thusi Reveals How Robert Marawa Proposed To Her 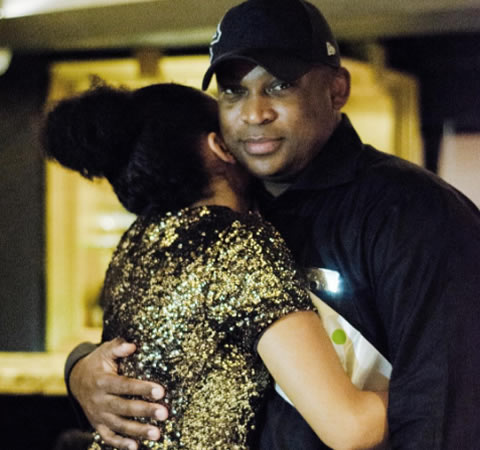 Actress and television personality Pearl Thusi has revealed of how her husband to be Robert Marawa proposed for marriage.

So Robert Marawa and Pearl Thusi are engaged. That has to be a contender for “worst kept secret in Mzansi”

The two television stars refused to tell anybody that they were even dating, let alone engaged but they have lowered their guard in recent months. During her New York interview with Anele Mdoda, Pearl revealed exactly how Robert Marawa proposed.

Pearl Thusi said: “He took me to my favorite restaurant, he’s very romantic… and we were sitting… As soon as I eat, I’m trying to find a bed, like that’s how I operate. He was like ‘taking you out to dinner is actually the worst thing because in an hour afterward we have to go because you’re passing out on the table’ …

“So I’m getting tired and he’s like ‘no, just have a creme brûlée, and I’m like ‘okay, I don’t really want one but fine’ and then in like 10 seconds it was there and I was like, ‘what kinda creme brûlée is this?!’ so then I ate it quickly because I really wanted to leave and then long story short, another platter came and there was a box and I thought it was chocolate… and then I opened it and in the end I realized what was going on and then there he was, like sweating and then finally it happened. He did kneel but I didn’t see that”

This is incredibly cute, who knew that Robert was such a romantic?