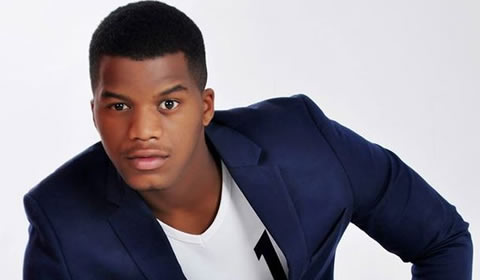 Muvhango star Senzo Radebe should thank his lucky stars for being alive.

This after he survived an accident.

Last week Senzo was admitted to a Johannesburg public hospital after he was hit by a taxi at the Noord taxi rank, in the Joburg CBC.

A source said Senzo was hit by a taxi while waiting to catch one to work. Senzo, who is from Alexandra, in Johannesburg, became a pedestrian casualty when two taxis collided.

READ: Bonang Matheba And AKA Rock The BET Awards 2016 In Matching Outfits

“He was hit and injured, then rushed to hospital,” the source said.

Senzo’s sister Amanda (27) told Sunday Sun they were shocked to get a call from Muvhango publicist, Amanda Ngudle, who told them Senzo was in hospital.

“What shocked me was that he didn’t have transport. I thought since he was staying with other actors they had transport arranged for them. My mum nearly had a heart attack, but she’s doing well. His arm was badly injured and was operated on,” she said.

Amanda said Senzo’s colleagues were shocked to hear he was admitted to a public hospital.