Emtee KICKED OUT Of Muvhango 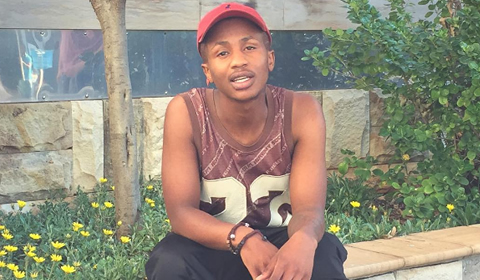 News coming in indicate that rapper Muso Emtee da hustler has been booted out of popular SABC soapie, Muvhango after an outcry from fans for his ‘horrible’ acting skills.

We are told management were not too happy with him as well amidst allegations that the rapper would come to work high as a kite and would eat a ‘lot of food’ while on set.

“They said he was always asking for a smoke break and if they denied him the leave, he would sneak into the bathroom only to lock himself up and roll up a blunt, reportedly returning with bloodshot eyes and demanding eye drops and more food, ” said a mole.

One of the main characters on the soapie revealed what she said was the “real reason” why Emtee’s contract was prematurely terminated.

“It’s true Emtee would come to work high and make lots of unreasonable demands about food on set but that was not much of a concern because the executives only hired him hoping that he would attract a lot of young people to watch Muvhango, but after the bad reception of his mediocre acting skills they changed their minds real quick”.

She added. “So they fired him under the pretext that he was using illegal drugs (weed) at work”.

We bumped onto Emtee and asked him how he felt about being fired and he just shrugged and said “Whatever man”.

Now there is a rumor that Emtee’s part on Muvhango is going to be taken over by one red-hot rapper with a ponytail.