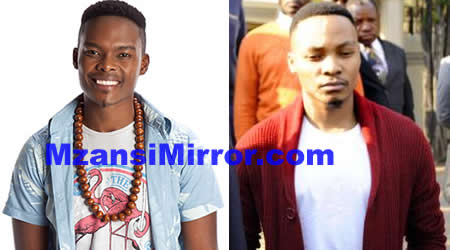 The late Dumisani Masilela had some final words for his younger brother Mbongeni before he passed away.

‘Take care of mom and the family”, these were the last words Dumi told his sibling just before he went in for an operation after being shot in an attempted hijacking.

News of the 29-year-old actor’s death broke early on Thursday, plunging industry friends and fans into mourning. Masilela sustained injuries after he tried to drive away as gunmen tried to hijack the car he was in on Wednesday night.

READ: Dumi Masilela’s Aunt dies after hearing the news of his death

“It is believed that three people in a Jeep blocked off their car and shot at the victim who was in a white VW Golf 7,” Makhubele said.

“We came here as the Police Ministry to give hope and pray with the family that this tragedy is not only resting on them, but on all South Africans. If the family is hurt the whole country is hurt.”

Mkongi promised the family that the police were following up all the leads to arrest the criminals.

“We have the leads and we are going to arrest them. Wherever they are sitting now enjoying their liquor and drugs They must know the law is going to catch up with them.”

Mbongeni Masilela said Dumi, as his brother was affectionately known, had told him something private while in the hospital and he knew that meant he was telling him to take care of their family.

He said the family was thankful to the police for their help and knew that they would do everything in their power to help them.

“We will do everything in our power to assist them (the police) to ensure justice is done. We are saddened and hurt, but we have to be strong for Dumisani. He was our big brother, our role model a son to umama nobaba.

“We appreciate everything he did for us and we will be strong for mama, just as he was for the family.”

The Masilela family were also reeling from the death of his aunt who died after hearing the news. The family also buried Dumi’s father last year.