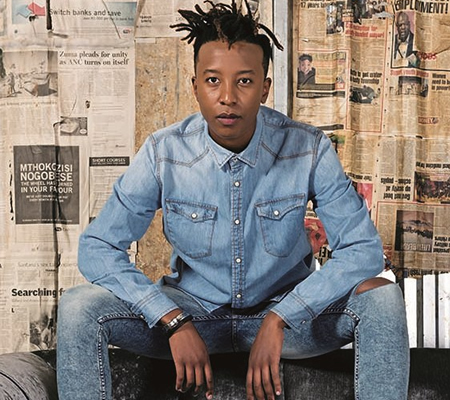 Chi Mhende aka Wandile Radebe in Generations The Legacy is a woman.

When actress Chi Mhende first appeared on SABC 1 soapie a couple of months ago playing the role of young bachelor Wandile Radebe no one knew that the role was actually being played by a woman.

The news that Wandile was actually a woman in real life came a few months after Chi’s had been on the show, the news was broken through social media when some people posted about it.

A lot of people have been intrigued by this actress and how she manages to convincingly play a man. Chi says despite having auditioned for other roles for the show over six years, playing Wandile was a great, hard and yet exciting experience.

“To prepare for playing Wandile I had to take a look at sexual identity, gender dysphoria, body dysphoria and I really allowed myself to fall into the physicalization of the part,” Chi explained in a recent interview with SABC 3′s Expresso Show.

Chi also said to prepare for the role she googled a lot to do with men including their mannerisms.

Chi is the first woman on Mzansi television. Chi has played a man before as Earnest Worthy in the play The Importance of being Earnest.

Generations The Legacy plays Mon- Fri on SABC 1 at 8pm.