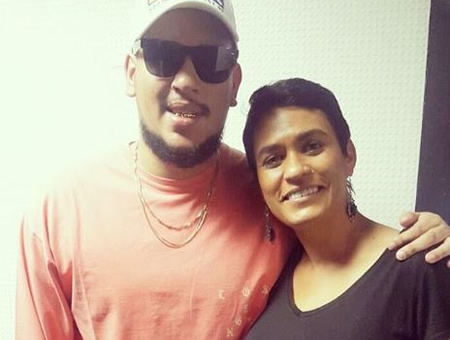 Lynn Forbes and her son rapper AKA.

Rapper, AKA’s mom, Lynn Forbes, has launched a self-titled blog, in which she has recounted the story of the abuse she endured as a child.

In her very first blog post, Lynn tells the story of how a very close friend of her parents sexually abused her when she was a child.

“My Childhood Sexual Abuse had far reaching effects on my life. It has never let go of my throat, haunting me into adulthood,” the post begins.

She goes on to say that she has had to carry this secret with her, but she has now chosen to tell her story in the hopes of finding healing.

“The sexual abuse which I have suffered as a child has remained with me until I found the courage to forgive myself for something which I was never to blame for in the first place,” the post reads.

But it wasn’t until two years ago that reality of what had happened hit Lynn and forced her to take stock of it all.

Although she does not reveal what triggered this journey of telling her story, Lynn says that she knew that “the time had come to find my voice and speak up about what had happened to me as a child”.

Lynn does not share exact details of her sexual abuse, but she says that she is ready to open up about it.

“I am an Adult Survivor of Childhood Sexual Abuse and as I begin to share my story with you, I ask that you stop, listen and hear my tears,” the post concludes.